The story that Morgan Freeman was dead was shared close to a million times on Facebook. Let’s stipulate that he did not in fact die. What’s the fastest way for us to confirm that he is likely still alive? 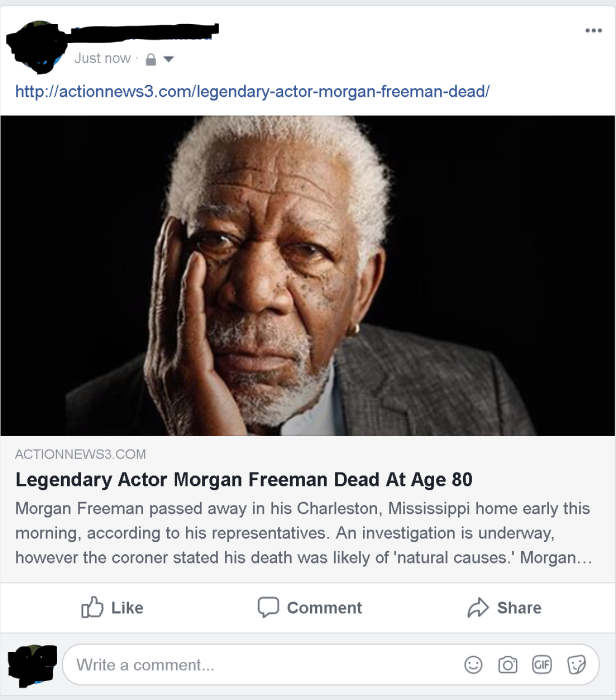 Text reads: “Legendary Actor Morgan Freeman Dead at Age 80. Morgan Freeman passed away in his Charleston, Mississippi home early this morning, according to his representatives…”

All content on this site is released CC BY, for free reuse by educators and publishers. Screenshots are provided under fair use. Other images may be under different licenses, please check the page for more detail.

This site contains prompts for lessons that are meant to be facilitated in a face to face session. The meaning and nature of an exercise can often not be determined by the prompt alone.

This site is run by Mike Caulfield. It should be used in conjunction with the book Web Literacy for Student Fact-Checkers.
%d bloggers like this: