As of writing this, this tweet shares a video that has been viewed 681,000 times that purports to be an act of protest at the United Nations:

The Palestinian representative played a song on his mobile phone & danced at the UN as a response to Nikki Haley announcing that the U.S. will be cutting aid to Palestinians unless they recognise Jerusalem as Israel's capital.pic.twitter.com/MGs0H3D5TU

It was widely circulated on the left, who praised the resilience of the Palestinian people: 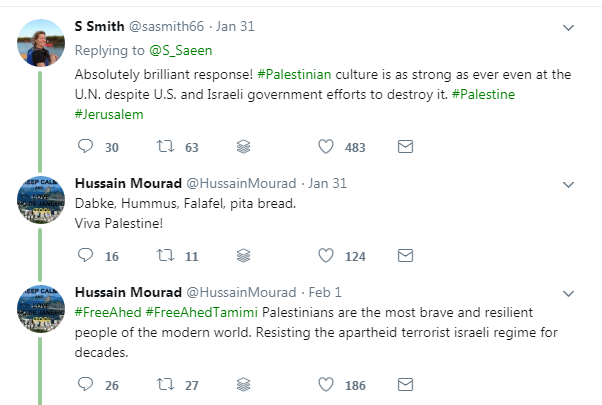 It was roundly criticized by major figures on the right who used it to show the United Nations was out of control: 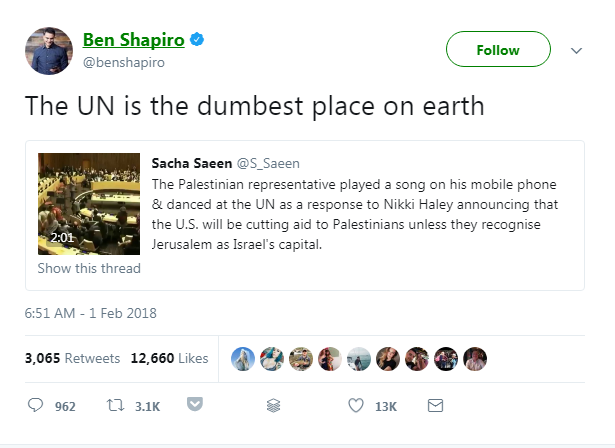 So the question we have is a weird one, I know. But did it actually happen?

We’ll give you a hint: it didn’t. But find a source confirming that finding.

All content on this site is released CC BY, for free reuse by educators and publishers. Screenshots are provided under fair use. Other images may be under different licenses, please check the page for more detail.

This site contains prompts for lessons that are meant to be facilitated in a face to face session. The meaning and nature of an exercise can often not be determined by the prompt alone.

This site is run by Mike Caulfield. It should be used in conjunction with the book Web Literacy for Student Fact-Checkers.
%d bloggers like this: